(This page should be friendly to most colourblind viewers)

How Does Time Work?

Time ultimately comes from two pieces of information:
1:  our earth's position of orbit around the sun
2:  our earth's rotation in relation to the sun

This tells us what part of a year we are in; one full orbit is a year.  We divided our year into twelve parts called months.  Let's visualize the earth's orbit with its seasons.  The balls that orbit are the Earth, and each ball has two halves which represent the north and south hemisphere: 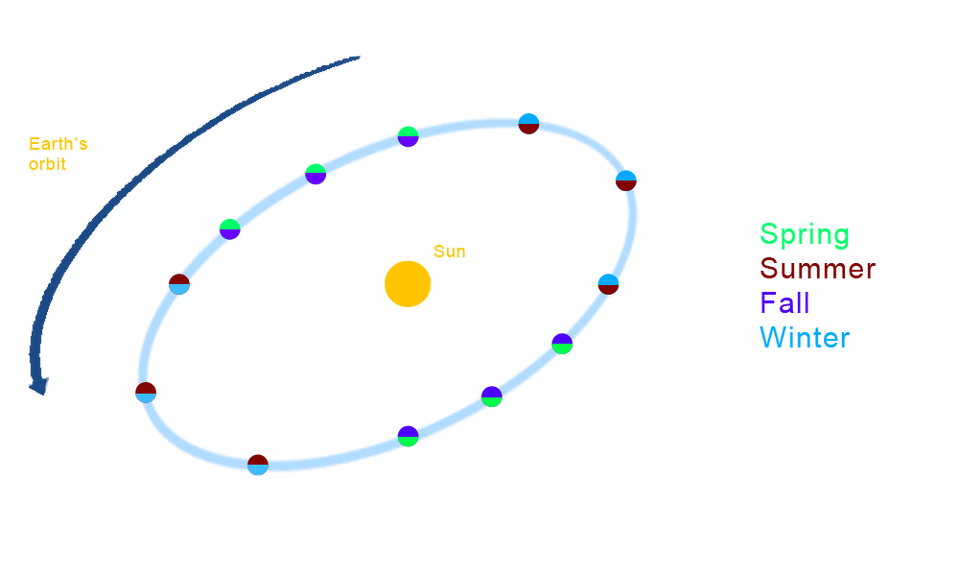 12 months make one year, then we divide it into quarters.  Each of those quarters we called seasons.  In summary:
1 year = 1 earth orbit around the sun
1 year = 12 months
3 months = 1 season

Seasons are only possible because of the earth's tilt.  Which ever pole is tilted towards the sun, that side is in summer, the opposite pole is in winter.  This means the south and north hemisphere have opposite seasons.  It is summer in North America when it is winter in Australia.

Sunlight passes over us on our particular longitude (east/west point) on the planet as it rotates creating the full day and night cycle.  It is noon in China while it is midnight in the US. Let's see this: 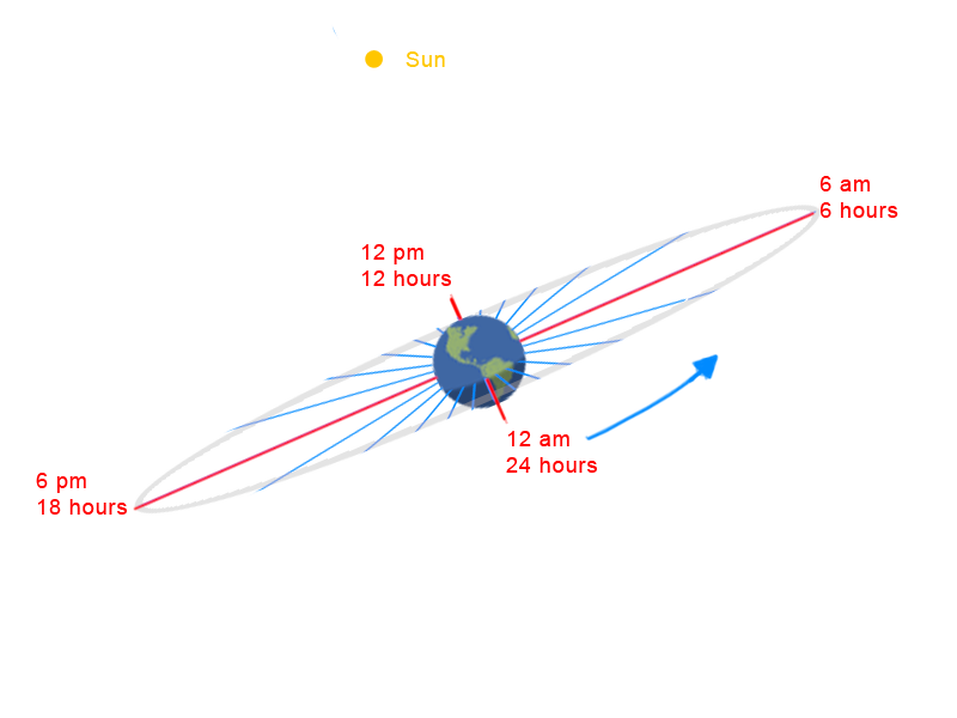