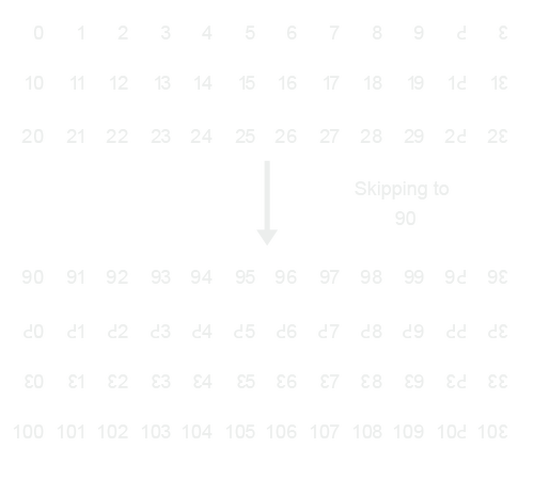 Unfortunately, since all numbers after 9 in the dozenal system are exclusively in dozenal territory, we have to rename them.  We can no longer use the hundreds, thousands, and millions to describe them, those are base ten constructs and must not be confused with dozenal.
​
There is no agreed upon standard for the pronunciation of dozenal digits.  Some dozenalists say that dec and lev should be represented with an X for dec and an E for lev.  Some say that dec should be called ten and that twelve should be called "do".  However, what I have found is that "do" can cause problems, since it literally means "2," this causes a problem of overlapping nomenclature.  An example is the "dodecagon," a 12 sided polygon.  Should this be read as, "twelve and ten sides"?
Since the system is still at a premature stage, I propose a simple, yet in my opinion, elegant solution.

My version will be written in Blue:

If you have any suggestions, or would like to view other nomenclatures, please create a thread at: ​http://dozenal.boards.net/board/2/nomenclature

Communicating Numbers With Your Fingers

For counting with your fingers, it's much better to use the 3 sections per finger we each have.  However, if you were to show someone across a reasonable distance, you're going to need a more distinct form of communication. 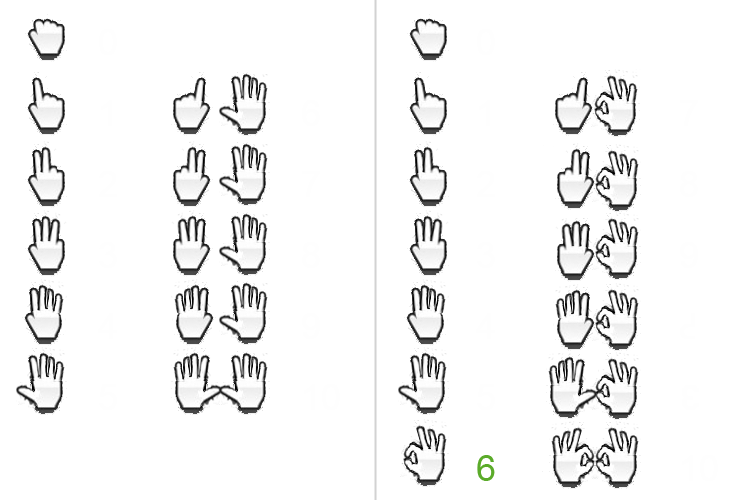 To read more, continue onto Division at the top (within the introduction tab).
Powered by